Preventing runoff in equipment wash areas from directly or indirectly reaching surface waters, drain pipes, or storm sewers is an important BMP, as washwater can contain organic material, such as grass clipping and soil, as well as soaps, oil residue, fertilizer, and pesticide residue. In addition, minimizing the use of detergents and using only biodegradable non-phosphate detergents is a BMP.

For equipment other than any with potential pesticide residue, the primary concerns related to washwater are the nutrients (nitrogen and phosphorus) associated with the clippings. To reduce the amount of organic debris in washwater, grass clippings should be blown off equipment with compressed air instead of, or prior to, washing with water. In the wash area, a catch basin to collect remaining grass clippings should be installed and maintained. Clippings can be cleaned up and then composted or removed to a designated debris area. When formal washing areas are not available, a “dog leash” system using a short, portable hose to wash off the grass at random locations may be an option. However, these locations should not be near surface waters or storm drains. 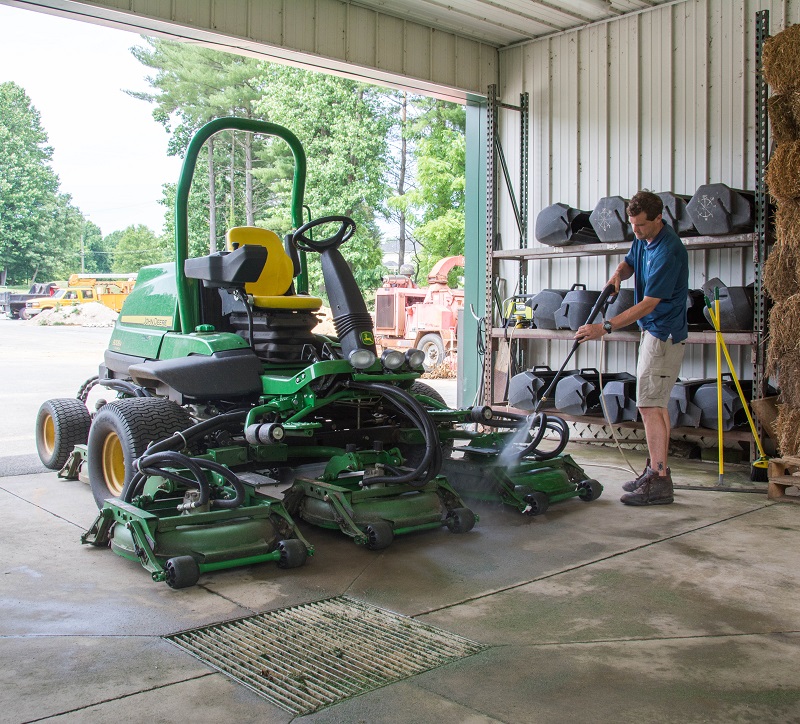 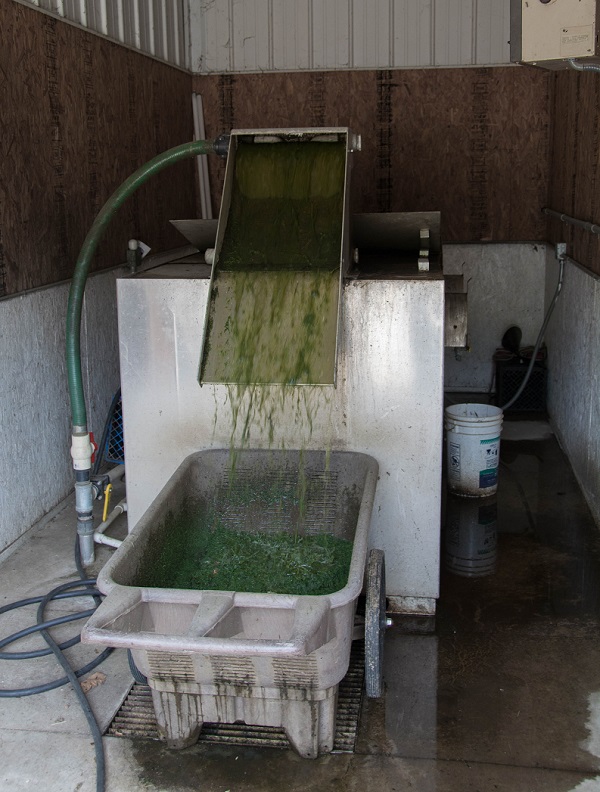 Clippings should be separated from washwater and managed properly to avoid water quality impacts from nitrogen and phosphorus. Photo credit: Mark Jones. 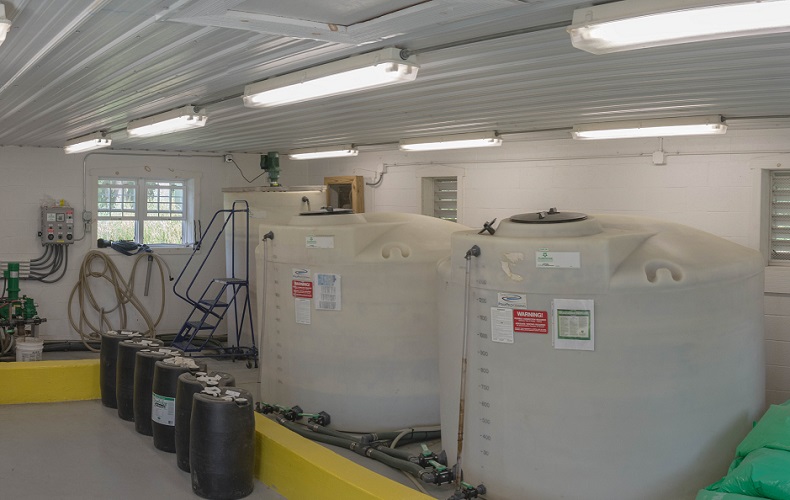